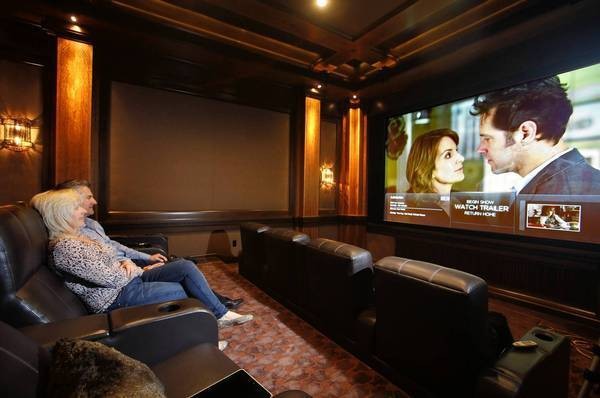 When IMAX bought ownership stake in Prima Cinema recently, it was like watching two good friends become a couple in your favorite romantic comedy: A match made in Hollywood!

Separately, Prima Cinema and IMAX are brands in which ACS have collaborated for some time. Prima allows subscribers to screen theatrically released films in their own homes, a popular option for many ACS customers in New York, Southern California, and the South Florida regions, while the IMAX Private Theatre solution began offering 2D and 3D systems (with floor-to-ceiling screens and state-of-the-art sound) for individual ownership just this year, and we’ve been a Certified Technology Partner since the beginning.

While screening a new release at home has long been a wish for many film buffs, studios have hesitated to deliver first run films to the home due to concerns of privacy. However, Prima has recently signed deals with Universal Pictures and Paramount Pictures as a direct result of their encryption technology to prevent illegal copies of movies.

Both companies see a tremendous opportunity for genuine film buffs to have it all (premier films with exceptional immersion), and everyone here at ACS agrees! Give us a call today, and we can talk you through the process of having a Bigger, Bolder & Better Movie Experience!

How Many Ways Can You Personalize YOUR Lighting?

Why Design a Video Conferencing System?