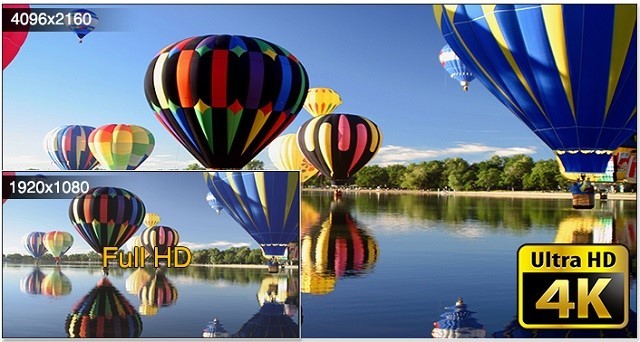 Where should I have 4K in my home?

4K is ideal in the largest entertainment rooms in your home, such as a great room, family room, or, of course, a home theater. Your kids will be blown away by the immersive gaming experience with 4K. You don’t need 4K everywhere. Full HD is still perfectly fine for secondary rooms, such as bedrooms. If it’s your vacation home (perhaps in the Hamptons or Florida) consider how often you’re there and which room is used the most.

What about 4K content? Is there anything to watch?

Until recently, the answer was “not much.” But that’s rapidly changing. Online services are leading the charge. Netflix® already offers several TV series, including Breaking Bad and House of Cards, through their subscription on-demand service, and they’ve announced plans to produce more original 4K content starting this year. YouTube®, Hulu®, and Amazon® have likewise announced their plans to produce more original shows in 4K.

There’s more. Within the next 18 months, Kaleidescape®, the leading manufacturer of movie servers for the home, plans to release a 4K player and provide access to 4K titles from major movie studios via digital downloads, and then streaming and discs. Sony® is also committed to 4K. They recently launched their Video Unlimited 4K download service, with access to an expanding library of 4K feature films and TV shows. And they’re shipping a 4K Blu-ray Disc™ Player that performs 4K upscaling of DVDs and Blu-ray Discs.

The key takeaway is this: with a 4K TV you can enjoy available online content now and be ready to jump on more and more 4K content as it becomes available.

Probably not as much as you think. As with any new technology, the earliest adopters pay a premium, and then prices drop steeply as the technology matures and enters the mainstream. 4K TVs are no exception. They’re quickly becoming more affordable. Right now they cost only about 30% more than full HD TVs, and the price differential decreases as the screen size increases. Fierce competition between 4K TV manufacturers will also help drive prices further down.

Contact ACS to learn more about4K solutions for your home in New York, Florida or California. We’re here to help.

Hassle-free Upgrades to Your Lighting & Shades?

Why Consider a Centralized Lighting System from ACS and Lutron?

What Benefits do Motorized Shades Provide (Besides Convenience)?

How Secure is Your Home or Business?