Video Conferencing Solutions Should be as Unique as Your Business 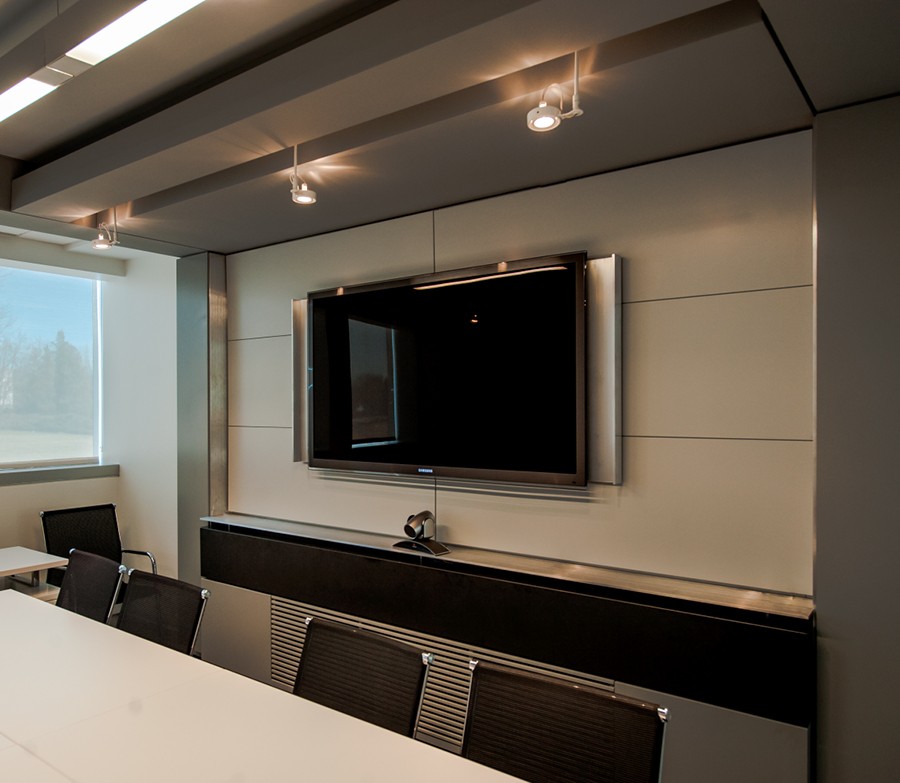 In today’s globalized economy, the workforce is made up of more remote and mobile employees, customers, partners and colleagues.  Thus the ability to collaborate at any time, in anyplace is vital to a company’s success.  Due to the changing workforce and the new economy in which we live, the demand for web and video conferencing has exploded.  The majority of business professionals agree that the best alternative to in-person meetings is video conferencing rather than phone calls.  Whether your headquarters are in located in New York, California or Florida, or if you have remote offices across the world, you’ll want to be sure your boardroom audio and video is up to the task for true collaboration.

If you’re looking to build a dedicated boardroom to host meetings with participants near and far and make everyone feel as though they are in the same room, then traditional conferencing – along with a properly engineered multiple microphone system - is best situated to meet your needs.  This system allows for the ultimate viewing experience by utilizing large screens and video walls.  Meeting hosts can slice up content on multiple screens, keeping everyone on the same page during presentations.

These systems also boast enterprise-level security so participants can rest assured their sensitive data is safe. Another important feature of traditional video conferences services relates to the network.  By dedicating a portion of your network bandwidth for conferencing, you receive clear picture and sound every time, making participants feel like they’re in the same room even when they’re miles away.

Web conferencing services are typically used in presentations and webinars, and other instances where large groups of people need to be addressed.  These services typically require a single software download, and then individual users can easily join a “virtual meeting” from their desktops or mobiles devices.  Depending on the license type, a company can hold simultaneous meetings giving different departments or groups of people the ability to collaborate on different projects.  Web-based conferencing platforms are often geared towards many users working together, and usually include chat features, poll-taking tools, and the ability to take notes and share documents, even from tablets and smart phones.

Because web-based conferencing systems use USB cameras or built-in web cameras, the picture quality may at times appear choppy.  The resolution of a web-based conference is also tied to the resolution of the computer screen each party is using to view the conference.  As with nearly every piece of technology we use, the network is the foundation of your system and can either positively or negatively impact your overall experience.

Video conferencing systems of both types deliver a number of benefits including reduced travel costs, increased productivity across teams, support of environmental initiatives, improved hiring and retention of talent, and sustained competitive advantage.  We recommend that you investigate both systems in more detail.  Need more guidance or have a question?  Contact us to learn more about ACS’ twenty years of experience with video conferencing systems and solutions.

By accepting you will be accessing a service provided by a third-party external to https://audiocommand.com/